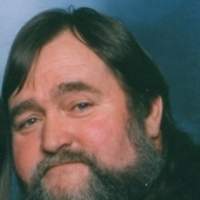 He was born in St. Albans on September 29, 1955 to Shirley (Zweeres) Patterson and the late Clifford Patterson.

Louie was a member of the Abenaki Nation of Missisquoi of the St. Francis tribe. He was the owner of Lous Hoof Trimming Company. He enjoyed his job like it was a hobby and loved the cows. Louie also enjoyed tinkering with small engines and was an amateur wrestler in high school.

For those who wish, contributions in Louies memory can be made to the Hope Lodge, American Cancer Society, 237 East Avenue, Burlington, VT 05401.

Condolences, photos and favorite memories may be shared through www.gossfs.com
To order memorial trees or send flowers to the family in memory of Louis A. Patterson, please visit our flower store.