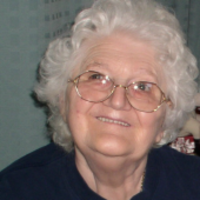 Marianne was a hardworking, dedicated and loving wife, mother and grandmother. She kept her family warm with her knitting and well-fed with her canning and cooking. She took special pride in her flower gardens and farming.

Marianne was preceded in death by her parents; twin children Peter and Paula and beloved grandson, Michael Mikey Pigeon.

In addition to her loving husband of 65 years, Marianne is survived by her children and their spouses: Karl and Linda Greenia of Swanton, Edith Edie and Gary Brennan of California, Diane and Dave Minor of Highgate, Deborah Johnson of Highgate Center, and Susan and Charles Thompson of New Hampshire. Grandchildren and spouses: Autumn and Paul Hoffman, Hannah and Adam Miller, Shawn Brennan, Meghan and Curtis Gragg, Michelle Pigeon, Kirk and Alison Pigeon, Paul & Chelsea Pigeon, Travis and Cristin Johnson, Amanda and Chad Hess, Chelsey and Nathan Twombly, Jonathon Thompson and 10 loving great-grandchildren.

Our special thanks and appreciation to all the Staff at the Franklin County Rehab Center for their compassion and dedication to our mothers care.

The Liturgy of Christian Burial will be celebrated on Friday, January 12, 2018 at 11:00 a.m. from St. Louis Roman Catholic Church in Highgate Center, VT. Father James E. Zuccaro will be Celebrant and Homilist. Interment will be later in the spring at St. Louis Cemetery.

Gifts in Mariannes memory may be made to the University of Vermont Cancer Center, Courtyard at Given 3N,111 Colchester Ave., Burlington, VT 05401
To order memorial trees or send flowers to the family in memory of Marianne Greenia, please visit our flower store.