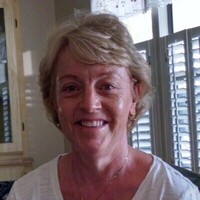 She was born in St. Albans on July 13, 1962 to the late Lawrence & Susan (Lockerby) Bohannon. Susan passed away when Mary Jane was two years old. She was raised by Lawrence and her adopted mother Gwen (Bourgeois).

Mary Jane grew up in Alburgh Springs and spent most of her life there before moving to Isle La Motte 17 years ago. She graduated from Missisquoi Valley Union High School in 1980 and attended Champlain College. For many years she worked for the Department of Homeland Security before her health forced her into retirement. She loved shopping (especially for high heels), feeding the neighborhood birds and spoiling her nieces. Mary Jane was kind, and thoughtful. She truly made this world a better place. She would always show the people around her that she cared, maybe it was a card, maybe it was a little gift, but it was always something to show she cared.

Mary Jane is survived by her soul mate, Bob Patnode of Isle La Motte; her mother, Gwen Brown and her husband Bob of Alburgh; her siblings, Susan Bohannon and her significant other Ed Ferrara of Alburgh, and Gene Bohannon of Alburgh; Bob’s daughter, Amy Patnode and her significant other William Robtoy of St. Albans and their two children Cody Robtoy (Shea), and Macy Robtoy (Tyler) and her daughter Rarity; four special nieces that she considered her own, Courtney Poquette, Leah Bailey and her husband Brian, Lindsey Poquette, and Taylor Ross and her children Carter & Callan; and several close friends and extended family members. Mary Jane was predeceased by her biological mother, Susan Bohannon; her father, Lawrence Bohannon; and her sister, Debbie Bohannon Ross.

Friends and family are invited to Mary Jane’s life celebration on Tuesday, September 7, 2021 to include visitation from 1:00-2:30 PM followed with a funeral service at 2:30 PM at The Goss Life Celebration Home, 89 Grand Ave., Swanton, VT.

For those who wish, contributions in Mary Jane’ memory may be made to Franklin County Animal Rescue, 30 Sunset Meadows, St. Albans, VT 05478.

To order memorial trees or send flowers to the family in memory of Mary Jane Bohannon, please visit our flower store.