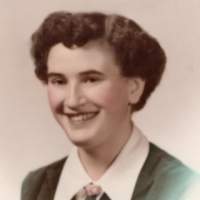 SWANTON - Mary Jane Sheldon, died peacefully at her home at Homestead in St. Albans on April 8, 2019.

She was born April 9, 1936, the only child of Carlos Noyes and Mary Florence (Herdman) Sheldon, in St. Albans, VT. Her parents owned, and operated Sheldon Pharmacy founded in Swanton. Her father died when she was only seven in 1943. Her Godmother and special adult friend was her aunt Annabel Herdman who died in 1978. Her dear mother died in 1983. Mary Janes grandparents were the late Bertram Carlos Sheldon BC and Gertrude Helen Noyes Sheldon of Swanton and Benjamin Herdman and Mary Ann McKissack Herdman of Melrose, Massachusetts. BC founded the Sheldon Drugstore and the Sheldon Home on Grand Avenue, Swanton. The Noyes family were a leading family in Morrisville, among the founders of the Union Bank, and established the Noyes Historical Building. Mary Jane never knew but enjoyed hearing about her Uncle George Bertram Sheldon who was an organist at Holy Trinity Episcopal church before he died in 1919. (A stained-glass window depicting the Biblical David playing his harp was given to Holy Trinity in his memory)

Mary Jane attended schools in Swanton as well as in Melrose, Massachusetts. In Swanton when 12, she won an award for her essay What Forestry Means to You, Your State, and Your Country . She was active in Girl Scouts earning badges and teaching other girls. She enjoyed the YMCA Camp Hochelaga in Grand Isle several summers. She fondly recalls fishing and boating with her family. She was editor of the Melrose high school year graduating valedictorian in 1954. Mary Jane earned her B.A. from Pembrooke College of Brown University in 1958 and continued to earn her Masters in education at Boston State College (now U of Mass. Boston) in 1969. Eventually she returned to Swanton to help care for her mother. For many years she was recording secretary of the Swanton Historical Society and a Life Member. She also enjoyed attending Holy Trinity Episcopal church never missing an annual meeting. She was often seen at the Swanton library and walking around town with treats for her dog friends. She was an early voter for years at the Swanton polls. She loved children. A former neighbor remembers that she would always talk with him when he was a young boy.

Mary Jane has no close relatives who survive her. She does have many friends who fondly remember her and several close friends who regularly visited with her: Linda Wirts, Marianne Marshall, and Sandy Kilburn. While her family home remained on Grand Avenue in Swanton, Mary Jane enjoyed new friends and activities at Homestead in St. Albans. She particularly loved singing along with the musical offerings each week and the weekly rosary group with Deacon Yandow. She attended Holy Trinity services and book studies each Sunday in recent years. Twice a week she enjoyed cartwalks in various stores, sometimes with young friends; she also enjoyed programs at the St. Albans Historical Society, musical events at nearby churches, watercolor activities, creamies, cooking with friends, container gardening, chocolates, teas overlooking Lake Champlain. She loved summer concerts at Isle La Motte, symphonies, choral events, riding in the countryside to enjoy trees, birds, horses, and all of nature.

The Celebration of Life service with music and Eucharist for Mary Jane will be held May 1, 2019, at Holy Trinity Episcopal Church, Swanton, Vermont, at 10:00 AM the Reverend Rob Spainhour presiding. A reception will follow the service. Delegations from The Swanton Historical Society, Holy Trinity Episcopal Church, and Homestead will serve as pallbearers and assist with the service and reception.

For those who wish, contributions in Mary Janes memory may be made to the Swanton Historical Society, P.O. Box 235, Swanton, VT 05488.

Condolences, photos and favorite memories may be shared through www.gossfs.com
To order memorial trees or send flowers to the family in memory of Mary Jane Sheldon, please visit our flower store.