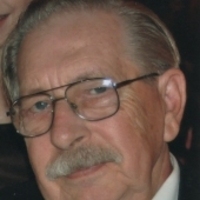 SHELDON - Maurice Domingue, age 77, passed away Sunday, December 31, 2017 surrounded by his loving family at his home in Sheldon.

He was born January 4, 1940 in Sutton, Quebec, Canada to the late John & Harriet (Hopson) Domingue.

Maurice and his family migrated to the United States when he was 7 years old. He attended grade school in Sheldon and graduated from B.F.A. St. Albans in 1958. On April 30, 1960 he married the love of his life, Betty (Chadwick) Domingue. Maurice worked as an electrician at Union Carbide for most of his life, he retired in 2002 after 43 years with the company.

He was proud of the work he did to help start the Sheldon Fire Department. He helped raise funds to get the department going, served as Forest Fire Warden for over 25 years and served as Fire Chief. His favorite hobbies included snowmobiling, his 57 Chevy and traveling. Maurice & Betty traveled all over the world during retirement.

He is survived by his wife of 57 years, Betty Domingue of Sheldon; their children, Sandra Scott and her husband Darcy of Swanton, Michael Domingue and his wife Leena of Sheldon and David Domingue and his wife Jacqueline of Sheldon; grandchildren, Nicholas Scott and his wife Danielle, Hannah Scott, Emily Scott, Isaac, Aimee, Dustin & Em Domingue, Magan (Domingue) Eringler and her husband Dalee and Olivia, Noah, Abigayle & Eliza Domingue; 2 great grandchildren, Ethan & Bradynn; siblings-in-law, Mary Helen Kane and her husband James of West Suffield, CT, Harvey Chadwick and his wife Pauline of Swanton and Janet Chadwick of Waterbury and several cousins, nieces & nephews. Besides his parents, Maurice was predeceased by his brothers-in-law, Hubert, Robert, Carlton & Kenneth Chadwick.

For those who wish, contributions in Maurices memory may be made to Franklin County Home Health - Hospice Program, 3 Home Health Circle, St. Albans, VT 05478.

Condolences, photos and favorite memories may be shared through www.gossfs.com
To order memorial trees or send flowers to the family in memory of Maurice A. Domingue, please visit our flower store.