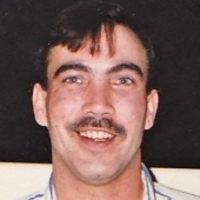 RICHFORD - Michael A. Messier, age 56, passed away on Tuesday, June 19, 2018 at the Northwestern Medical Center in St. Albans.

He was born in Enosburg Falls on August 3, 1961, the son of the late Donald Messier and Gertrude (Young) Messier.

Michael graduated from Enosburg Falls High School in 1979. He was a real estate broker for Century 21 Jack and a tax collector for many years. Michael was an active member in the Enosburg Business Association. He enjoyed giving his time, especially with the annual Harvest Fest and loved how it flourished through the most recent years. Michael was also an exemplary bartender at the Somerset Inn for some good many years. In his free time, Michael spent countless hours antiquing, gardening, admiring and driving beautiful Cadillacs, and caring for his beloved cats.

He is survived by his partner Michael Goulet of Richford; several nieces and nephews including Ashley Messier and Dean Tipper; his four-legged family, Thelma, Phoebe, Tommy, Tillie, and Myia. Besides his parents, Michael was predeceased by his brothers, Donnie and David Messier and his sister, Donna Tipper.

For those who wish, contributions in Michaels memory may be made to Franklin County Animal Rescue, 30 Sunset Meadows, St. Albans City, Vermont 05478.
To order memorial trees or send flowers to the family in memory of Michael A Messier, please visit our flower store.