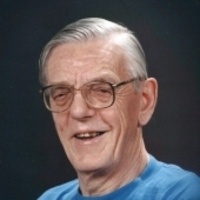 MONTGOMERY- Michael Tony A. Peters lost his battle with Alzheimers on Saturday, April 25, 2020 while being a patient at the UVM Medical Center in Burlington.

He was born in War torn England to Henry and Sylvia (Cotton) Peters on November 11, 1932.
As a child Michael Anthony Peters saw German war planes drop bombs on his hometown of Exeter, England. His upbringing was a life of rationing eggs and chocolate, and yet he survived, and graduated with an engineering degree from Liverpool University. Tony was in Liverpool at the same time as the Beatles but true to his serious nature, he never heard of them. He also started his University journey with architecture to please his father but changed his major after he realized his short comings in drawing. He immigrated to Canada after graduation to dodge the English draft and joined the Royal Canadian Air Force after he realized Lynn Lake Manitoba was not a place to find a companion. He traveled the world with the Air Force managing aircraft maintenance for the RCAF for 27 years. He married a girl from dear ole England and they had 11 years of marriage before they decided it wouldnt work with all his travels. He met his second wife, Sue White Squires in St. Louis, MO during dance lessons and they have had almost 37 years of fulfilling life that included, skiing, sailing, SCUBA diving, and living in beautiful Vermont. His greatest pleasures were his cats, chain sawing, and auto mechanics. He has owned many different cars during his lifetime.

Besides his loving wife Sue Peters of Montgomery, Tony leaves his cat, Tobie; and Sues family. Tony was predeceased by his family.

In keeping with Tonys wishes, there will be no services, and he has donated his body to the University of Vermont Anatomical Gift Program.

Condolences, photos and favorite memories may be shared through www.gossfs.com
To order memorial trees or send flowers to the family in memory of Michael "Tony" Peters, please visit our flower store.