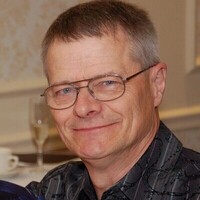 HIGHGATE – Michel P. Papineau, age 69, passed away on Tuesday, July 20, 2021 at the University of Vermont Medical Center in Burlington.

Michel spent the early part of his life just over the border in Quebec. On a blind date he met the love of his life, Lorraine. They were married on May 10, 1986 and settled in Highgate. When he was young, Michel had all kinds of pets, Racoons, squirrels, rabbits – he even had chipmunks that would eat out of the palm of his hand. Michel worked for nearly 40 years at the needle factory in Bedford, Quebec. When he wasn’t at work, he was working at home. He loved to putter around the house, cut wood, sugar in the spring, and keep everything he owned looking immaculate. His car and tractors were always kept in showroom condition. His favorite hobbies included dancing with Lorraine, collecting and assembling model military tanks, researching military history from around the world, hunting, and photography.

He was a man of pride. He was proud of his family, his work, and his Canadian heritage. He was certainly old school at times, but he was always warm and inviting. Michel thoroughly enjoyed every minute he spent with his grandchildren. He will be remembered for his classy attire, and hearty handshakes.

For those who wish, contributions in Michel’s memory may be made to Samaritan House, 20 Kingman St # 1, St Albans City, VT 05478.

To order memorial trees or send flowers to the family in memory of Michel P. Papineau, please visit our flower store.