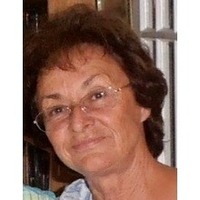 FRANKLIN - Nancy Carrier Benoit passed away peacefully on September, 15, 2020 from the devastating affects of Alzheimer\u0027s disease.

She was born in Burlington, VT on March 28 of 1947 the daughter of Isabelle and Hercules Carrier.

She graduated from Mt. Saint Mary\u0027s high school in 1965. She married Rock Benoit in 1987 in the quaint village of Stowe, VT. Nancy was not only a beautiful individual but she was proud to be a grandmother, mother, sister, daughter and spouse. She frequently travelled to Ohio, earning frequent flyer platinum status to visit her son and his wife and grandchildren. She liked nothing better than sitting on the floor playing some type of game or cheering them on at after school events. She instilled in her son Corey, the value of prioritizing his family before himself without exception. She worked and retired from General Electric after many years as a highly regarded secretary.

Upon retiring, she spent many years as her mother\u0027s constant companion and caregiver as Mim suffered from Alzheimer\u0027s disease. After her mother\u0027s passing, she also became an on call care giver for Rock\u0027s brother Norman. Nancy was the type of individual we all strive to be, offering assistance or help to anyone in need. If she was a part of your life, you were a lucky individual. Nancy and Rock summered at their camp on Lake Carmi in Franklin, VT and wintered in Punta Gorda, FL. You could always find her working in the most beautiful flower garden on the lake. As the disease slowly took over her life, Rock would take her for long rides looking for deer, but only after they had stopped at the general store for her specially prepared maple treat. Although the disease slowly robbed her of the ability to remember individuals, her eyes lit up and a smile spread across her face whenever friends or family entered the room. That smile never faded as she closed her eyes for the last time.

Nancy leaves behind her best friend and husband Rock, her son Corey and his wife Stacy and their four children Jack, Emily, Madison and Hope Avery, three siblings, Diane Chickie and her husband Craig Gilmond, Cindy Burnett, and Robert Butch and his partner Pam, step-children Brandie Benoit and her two children Nick and Stella Rakochy, and Sean Benoit, and several nieces and nephews.

The family would like to extend their heartfelt thanks to the Franklin County Health Agency, the Hospice Hospital staff and especially the LNA\u0027s and LN\u0027s for their professionalism and caring expertise that they showed during this trying time.

A memorial service will be held at a later date.

Condolences, photos and favorite memories may be shared through www.gossfs.com
To order memorial trees or send flowers to the family in memory of Nancy C. Benoit, please visit our flower store.