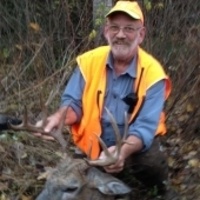 He was born in St. Albans on March 24, 1951, the son of Shirley (Combs) Wallace and the late Norman Wallace.

Wayne grew up in Enosburg and graduated from EFHS in 1969. After graduation he married the love of his life, Edna Callan on July 4, 1970. Wayne had several jobs in construction and most recently was a supervisor for G.W. Savage Corporation. He was a proud member of the Sons of the American Legion and in his younger years served for the Enosburg Fire Department. When Wayne wasnt working, he could be found hunting, ice fishing, having a coffee with his friends, playing a game of 500, Pitch, and Cribbage, or cooking up his famous potato chips and fish fry at camp, but most certainly not cleaning it up. Wayne enjoyed spending time with his family and friends, especially his cherished grandchildren who affectionately knew him as Bamp . He will be most remembered for his witty sense of humor and his reaction when cards werent falling in his favor.

A celebration of life will be held on Monday, June 22, 2020 at 2:00 PM on the back lawn at Spears Funeral Home along the Missisquoi River.

For those who wish, contributions in Waynes memory may be made to Peoples Trust Company, Attn: Missys Fund, 25 Kingman Street, St. Albans, VT 05478.

Condolences, photos and favorite memories may be shared through www.gossfs.com
To order memorial trees or send flowers to the family in memory of Norman "Wayne" Wallace, please visit our flower store.