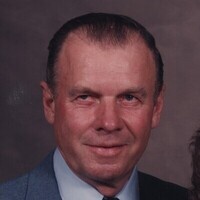 SWANTON – Normand Eli Tarte, 91 of Swanton passed away peacefully at home with family by his side on September 29, 2021. Normand was born at home on the Oakland Station Road in Georgia, VT on November 21, 1929 to Sylvio and Lillian (Demers) Tarte.

Normand met Martha Rogers at a barn dance and knew soon after his first date that he wanted to spend the rest of his life with her. They married on August 11, 1951 and recently celebrated their 70th wedding anniversary.

By nature, Normand was very passionate about his faith, family, farming and many cherished friendships. He was a lifelong member of Holy Angels Catholic Church in St. Albans and a 4th degree Honorary member of the Knights of Columbus Order 297.

He was very proud of his family and their accomplishments; he also treasured the time he spent with them.

Normand and Martha started their life in Georgia on the Conger Road where they owned and managed a dairy farm. They later expanded the dairy operation to a farm on the Highgate Road in Swanton. They soon after settled at their present location on the Highgate Road farm where they raised five children and received numerous awards for the quality of their milk production.

Family and friends are invited to Normand’s Life Celebrations Events to include visitation on Wednesday, October 6, 2021 from 4:00-7:00 PM at the Goss Life Celebration Home, 89 Grand Avenue, Swanton, VT. A Mass of Christian Burial will be celebrated on Thursday, October 7, 2021 at 11:00 AM at Holy Angels Catholic Church, Lake Street, St. Albans, VT. Interment will follow in Mt. Calvary Cemetery in St. Albans.  At the family’s request please wear a mask. A livestream of Normand’s Mass may be viewed through the Goss Life Celebration Home Facebook page.

In lieu of flowers, contributions in Normand’s memory may be made to Franklin County Home Health Agency, 3 Home Health Circle, St. Albans, VT  05478 or a charity of your choice.

To order memorial trees or send flowers to the family in memory of Normand E. Tarte, please visit our flower store.