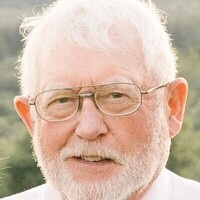 BERKSHIRE – E. Orlyn Thompson, age 73, passed away at chore time on Thursday, March 10, 2022 surrounded by his loving family at the Concord Hospital in New Hampshire.

From an early age Orlyn knew he was always going to be a farmer. At the age of 15, he began helping out at several of the farms in the neighborhood and especially enjoyed his time on the Benjamin and Lussier farms. He was always willing to lend a helping hand where it was needed. After school he served in the Army National Guard and worked at Blue Seal Feeds for several years. All of this led him to return to the farm he was born on. The Thompson brothers, Orlyn and Bernie, started farming together in the mid 70’s on the farm that had been in the family for six generations. Both of them are very proud of what they were able to accomplish together, and their bond was unbreakable.

On the farm, Orlyn was able to start the family he was never fortunate enough to grow up with. He married Becky (Gross) on September 29, 1973 and together they raised four beautiful daughters. Each of them learned valuable lessons from farm life; work hard, take care of the land and the land will take care of you, and quitting is never an option. Orlyn was a devoted father and always made time for his family and friends. He made a point to attend as many of his daughter’s sporting events that he could. He always looked forward to the first day of deer season when his 15+ hunting buddies would gather at the house, going trout fishing with his life-long friend Johnny Record, and going for side-by-side rides with his beloved sidekick, Gilly.

Later in life, Orlyn cherished the time he was able to spend with his grandchildren. He loved taking them hunting in the woods, and hanging out at camp on Lake Carmi. Orlyn lived a simple, but full life. He will be remembered for his great sense of humor, his tireless work ethic, and his desire to always have his family by his side, even if it was just to “hold the flashlight”.

The Thompson family would like to thank Dr. Gill Allen for the care he was able to provide throughout Orlyn’s battle with sarcoidosis.

Orlyn’s family will be holding a celebration of life for him on Saturday, June 18, 2022 at 2:00 PM at the Thompson Farm, 2315 North Road, Berkshire, VT. Until then, Orlyn is probably up there fishing with Johnny Record, and talking about farming with Raymond Vaillancourt.

To order memorial trees or send flowers to the family in memory of Orlyn Thompson, please visit our flower store.

His wish was a celebration on the lawn with all who loved him and the family, with a final toast to his legacy. A meal will be provided by the Phoenix House. BYOB and BYOC (chair).