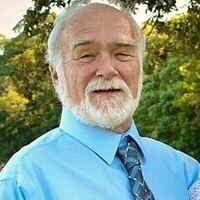 RICHFORD – Paul R. Hemond, age 72, passed away unexpectedly on Tuesday, November 23, 2021 at his home in Richford with his loving wife at his side.

He graduated from Richford High School in 1968 and then served in the U.S. Army during the Vietnam Conflict. After returning home from the service, he began his career at Blue Seal Feeds in Richford. He worked there for nearly 40 years and retired in 2011, still holding the record for grain bags carried across the warehouse floor – 2 bags on each shoulder, and one in his teeth! Paul was always a competitor and throughout his life he bowled, played baseball, softball, darts, and many card games – he always looked forward to his weekly games with his friends Jeff & Nancy.

Paul flourished when he was around his family. He loved family gatherings at which he could either be found at the food table, or playing his guitar with a small crowd around. Paul took pride in everything he did and was very handy around the house. His woodpile was always the neatest, his lawn was always immaculate, and his willingness to help you on a home project was a given. He also enjoyed watching the Boston Red Sox, and his Westerns, and he spent many days fishing on Lake Carmi.

Friends and family are invited to Paul’s life celebration to include the following events. Visitation will be held on Monday, November 29, 2021 from 4-7:00 PM at the Goss-Spears Life Celebration Home, 96 Dickinson Ave., Enosburg Falls, VT. A funeral service will be held on Tuesday, November 30, 2021 at 11:00 AM at the Goss-Spears Life Celebration Home. Interment will follow in the Richford Center Cemetery.

For those who wish, contributions in Paul’s memory may be made to Muscular Dystrophy Association, 161 N. Clark, Suite 3550, Chicago, Illinois 60601.

To order memorial trees or send flowers to the family in memory of Paul R. Hemond, please visit our flower store.