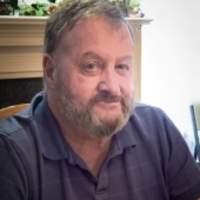 He was born in St. Albans on January 12, 1952, the son of the late Maurice and Lucille (Breault) Loiselle.

Paul grew up in Berkshire and Enosburg and graduated from Enosburg Falls High School in 1970. He married Pauline (Swoyer) Loiselle on July 18, 1970 after the two met while working at Grand Union in St. Albans. The two eventually moved to Enosburg Falls into the same home Paul had lived in since the time he was 8, to raise their family. In his younger years, Paul liked to go fishing and hunting with his family and friends, especially rabbit hunting. Paul and Pauline purchased a camp at Lake Carmi in 2000, which quickly became his happy place where he cherished the time he was able to spend with his family and friends playing cards, having BBQs, boating, and fishing. He thoroughly enjoyed breakfast at the Dairy Center and he will miss Simone and Melissa who spoiled him there. Family was the center of Pauls world; he loved attending his childrens and grandchildrens events, and family gatherings every Sunday. Paul will be remembered for his witty sense of humor and his ability to put his family first.

Condolences, photos and favorite memories may be shared through www.gossfs.com
To order memorial trees or send flowers to the family in memory of Paul M. Loiselle, please visit our flower store.