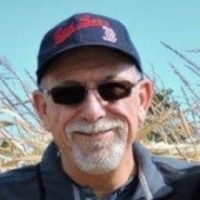 ALBURGH - Peter A. Pete Esposito, age 60, died on August 13, 2018 at the University Medical Center in Burlington following his courageous battle with cancer surrounded by his beloved family.

He was born in Providence, RI on September 9, 1957, the son of the late Peter & Mildred (Bessette) Esposito.

Peter was employed for 36 years at Asten Johnson Filaments in Williston a manufacturing company. He was a kind, loving, gentle soul who enjoyed the companionship of his dog, Piper whom he just adored more than anything. Piper was dedicated to our father, as was his loyal cat, Damon.

Peter was blessed with 3 years of sobriety and the amazing AA family in which he wanted to recognize.

Peter loved the Fall, the time the changing of the leaves into beautiful colors of Vermont. He was amazed by the dull colors of winter and the onset of Spring when everything would become fresh and new. He was a devoted Red Sox fan and enjoyed spending time with his children and grandchildren.

He was predeceased by his parents, his loving wife, Laura Duchaine Esposito; and his sister, Janet Bovat.

A Mass of Christian Burial will be celebrated on Tuesday, August 21, 2018 at 11:00 AM from St. Amadeus Catholic Church, Main St., Alburgh followed by committal prayers in the family lot at St. Amadeus Cemetery.

Family and friends are invited to visiting hours on Monday, August 20, 2018 from 5-8:00 PM at Kidder Memorial Home, 89 Grand Avenue, Swanton.

For those who wish, contributions in Petes memory may be made to University of Vermont Medical Center, Oncology Department, 111 Colchester Avenue, Main Campus, Level 2, Burlington, VT 05401.

Condolences, photos and favorite memories may be shared through www.gossfs.com
To order memorial trees or send flowers to the family in memory of Peter A. Esposito, please visit our flower store.