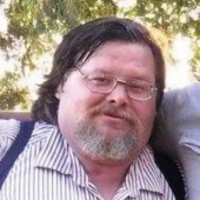 He was born in Meriden, Connecticut on May 12, 1958 to Ramona (Austin) Giroux and the late Richard Giroux.

Ralph grew up moving around the United States, his family lived in Connecticut, California, and Arizona. On December 22, 1979 he married Kathlene (Schaffer) and the couple soon settled in Massachusetts. His passion was racing, and he was the crew chief for Tommy Careys racing team. Ralph was very proud of his role on the team, and most weekends were spent at the racetrack with his family. He also enjoyed gambling at the dog track, sometimes with the rent money, playing scratch tickets, camping, fishing, and loading up the kids in the car for a night at the drive-in theater. Ralph moved to Vermont around 2000 to be closer to family.

He is survived by three children, Anni Pigeon and her husband Dale of Richford, Katie Giroux and her significant other Paul Souza of Highgate, and Ralph Giroux Jr. and his wife Katie of Franklin; four grandchildren to whom he was a very proud Ampy , Jaxen & Charlie Pigeon, and Ryker & Kristian Souza; his mother, Ramona Giroux of Swanton; siblings, Ramona Brown and her husband Scott of Orange, MA, Russell Giroux and his wife Jane of Alburgh, and Renee Aube and her significant other Brad Beyor of Swanton; sister-in-law, Vicki Giroux of Alburgh; life-long friends, Tommy & Greta Carey and Dana & Carol-Ann Knechtel all of Orange, MA; and several nieces & nephews especially Jacqueline OLeary, and Jacques Giroux and his son Ivan. Ralph was predeceased by his wife, Kathlene (Schaffer) Giroux on August 2, 2013; his father, Richard Giroux; and his brother, Richard Giroux.

Visitation will be held on Friday at Kidder Memorial Home from 2:00 PM until the hour of Ralphs service.

For those who wish, contributions in Ralphs memory may be made to American Cancer Society - Hope Lodge, 237 East Ave., Burlington, VT 05401 in memory of his wife Kathlene Giroux.

Condolences, photos and favorite memories may be shared through www.gossfs.com
To order memorial trees or send flowers to the family in memory of Ralph R. Giroux Sr., please visit our flower store.