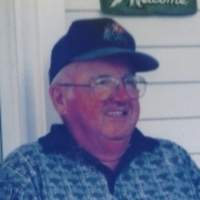 He was born in East Fairfield on November 20, 1928 to the late Clayton & Veronica (Beals) Marshia.

Ramon graduated from Brigham Academy in Bakersfield in 1946. He married his high school sweetheart, Helen (McLaren), on August 23, 1947. Throughout his working career, Ramon worked at the creamery in East Fairfield, the Vermont Highway Department, and Union Carbide. He was an avid hunter, he also enjoyed golfing, playing cards, and watching the Boston Red Sox - if they were winning.

A funeral service will be held on Tuesday, October 22, 2019 at 11:00 AM at Spears Funeral Home. Interment will follow in St. Georges Cemetery in Bakersfield.

For those who wish, contributions in Ramons memory may be made to St. Judes Childrens Hospital, 501 St. Jude Place, Memphis, TN 38105.

Condolences, photos and favorite memories may be shared through www.gossfs.com
To order memorial trees or send flowers to the family in memory of Ramon Marshia, please visit our flower store.