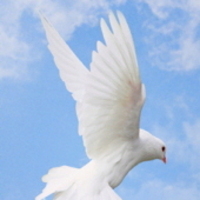 She married John Labrie on October 26, 1957, her soulmate of more than 61 years. They enjoyed traveling in their motorhome across the United States and to Alaska. They also flew to Hawaii multiple times.

Ramona is survived by her loving husband, John Labrie of Fletcher; their six children, Mark Labrie of Fairfax, Tammy Gratton and her husband Randy of Milton, Dawn Barone and her husband Bob of Milton, Sherri Pierce and her husband Rob of Colorado, Michael Labrie of Fletcher, and Kurtis Labrie and his wife Stephanie of Milton; 12 grandchildren; 9 great-grandchildren, and a new great-grandson she didn\u0027t get to meet, born the day she passed away. She is also survived by her sister, Ruthann Peaslee and her husband Terry of Enosburg, her brother, Robert Magnant of Colchester; three nieces and one nephew. Ramona was predeceased by her parents; In-laws, Steve and Elaine Labrie; brother-in-law, Walter Labrie; and nephew, Ron Peaslee.

In keeping with Ramona\u0027s wishes, there will be no public service. Her final resting place will be in St. Luke\u0027s Catholic Cemetery in Fairfax.

For those who wish, contributions in lieu of flowers may be made to the Franklin County Home Health Agency, 3 Home Health Circle, St. Albans, VT 05478.

Condolences, photos and favorite memories may be shared through www.gossfs.com
To order memorial trees or send flowers to the family in memory of Ramona J. Labrie, please visit our flower store.