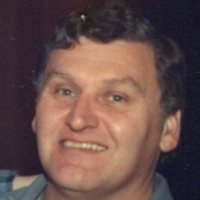 Raymond was a life-long resident of Swanton. He worked as a handy man for the area and he could usually be seen walking throughout the village. Raymond loved dancing and listening to Elvis.

He is survived by his siblings, Barbara Barrette, Ronald Barrette, Karen Masse, David Barrette, Brenda Mullen, Neil Barrette, Cynthia Beauregard, and Brian Barrette and several nieces & nephews. Besides his parents, Raymond was predeceased by his siblings, Patricia Ditcham and Jeffrey Barrette; and a sister-in-law, Heather Barrette.

A memorial service will be held on Monday, April 30, 2018 at 11:00 AM at the Kidder Memorial Home, 89 Grand Ave., Swanton. Interment will follow in St. Marys Cemetery in Swanton. A time of visitation will be held from 10:00 AM until the hour of the funeral.

For those who wish, contributions in Raymonds memory may be made to Swanton Community Food Shelf, 65 Canada Street, Swanton, VT 05488.
To order memorial trees or send flowers to the family in memory of Raymond L. Barrette, please visit our flower store.