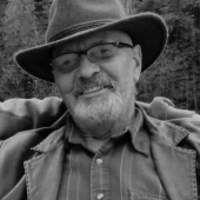 In the 1950s, as my young ears began to absorb this thing called music on the radio, Top 40 consisted of the remnants of the big band era, lots of hokey schmaltz, and country songs by the likes of Hank Williams, Hawkshaw Hawkins, Patsy Cline etc., music that would take me a couple more decades to really appreciate. That was my aural diet. Simply put, it was a matter of eating what was on your plate or going hungry. I nibbled away at this sparse salad bar, never quite satiating my appetite. As with all things cultural, things changed. Elvis, The Everly Brothers, Gene Vincent, Eddie Cochran, Little Richard...suddenly there was this vast smrgsbord of delectable delights to load up on. At 5 years old, I was suddenly learning how to jitterbug with my older sisters, never taking my ear off the music. The sight of a guitar slinger performing on our black and white TV instantly trumped my interest in whatever toys I was biding my time with. Pretty exciting stuff that I couldn\u0027t quite understand or explain. Of course there was that dry period that followed, when all the safely packaged rank radio drivel dominated the airwaves. Just when my interest in radio seemed on the verge of vanishing from my life, something else happened. I don\u0027t even have to explain the next stage of my musical indoctrination. The Beatles and all of their British counterparts! Unknown to me at the time, they were simply repackaging and shipping back to America all kinds of music the record companies and lilly-white radio programmers deemed unworthy (and too dangerous) to unleash on the precious youth of this country. Finally, it was a listener\u0027s market (and record companies\u0027 too...instant, massive profits can do that).
1964 - Ground Zero (for me) - The Chartbusters , a quartet from Washington, D.C. appeared at the Memorial Auditorium in Swanton, Vermont. I was 13 and this was my very first concert, in my hometown no less. The thunder and mojo blasting from Johnny Dubas\u0027 Fender Bass still resonates in my bones to this day. I had never experienced a live band, let alone a top-40-charting national act. Heck, I even managed to squirrel my way backstage to get all 4 autographs on my ticket! Almost 50 years later, I can still play every note of She\u0027s The One from sheer memory. It\u0027s just there ! Though they are hardly a household name these days, The Chartbusters live on in my IPod, and Johnny Dubas lives in every note I play. This really jump-started my journey as a musician, every young dude\u0027s dream in the mid-sixties, and I\u0027m still living the dream today as bassist with my longtime friends and compatriots Nobby Reed and Eric Belrose in The Nobby Reed Project .
I have been very blessed to have been surrounded by some fine musicians, starting with my first band The Kon-Taks (1966) to my current gig with NRP. I can honestly say that although some of my bands were arguably better than others, every band that I have had the pleasure of playing with had it\u0027s own degree of redeeming value, and each brought me untold joy and, yes, FUN!! Much like my days playing Little League baseball (I never hit a home run....never played on a hit record) I had a great time being part of a team. There was no greater time to be alive and rocking than the 1960s and beyond! I sampled it all - Rock and Roll, Country, Blues, Pop, Jams....and it all made perfect sense at the time.
As the music (and our own tastes) morphed into a myriad of genres and flavors, it was oftentimes difficult to maintain a sense of direction. Bar bands, nightclubs and musical styles came and went, and today\u0027s pop flavor-du-jour quickly became tomorrow\u0027s source of indigestion. Rock and Roll is all but a nostalgic curiosity to many (but not me....), country music is like a slightly new strain of Rock and Roll, and rap and hip hop, well.....what can I say, I\u0027m almost 60! I can\u0027t always eat everything on my plate....(but my kids love it!) For those who would share my analytical ideals, I think it pretty much comes back to The Blues.....good ol\u0027 AMERICAN BLUES! You could hear it in everything from Presley to The Beatles to The Stones to Motown and lots of Country. To me, the main difference between a 1-4-5 country tune and a 1-4-5-blues tune is a 6th chord vs. a 9th chord, a growl vs. a drawl. \u0027Doesn\u0027t matter, I love it all.!
Being the consummate pack rat, I have been able to compile a series of photos of my bands from my very first gig with The Kon-Taks to a current shot with The Nobby Reed Project. These are available in my photos section. (Unfortunately, I am missing some - The Back Page [1968-69], Johnny Green and The Greenmen [1982], Crossfire [1993] and East Coast Muscle [1999-2000]....got photos anyone?) I hope they stimulate some fond memories from The Shed, The Phantasia, The Saxony, Barkers Pavilion, The Edgewater, Nector\u0027s and countless other venues that we were fortunate enough to be able to enjoy during those magical years.
"Unless youre the lead dog, the view never changes."
He is survived by the love of his life, Pamela Alberts and her sons, Zach, Nate & Nick; his daughters, Lara Paquette, Amanda Bushey and her fianc Brandon Scribner, and Rhea Bushey; his grandchildren, Rilynn & Ciaran Paquette; his sisters, Joyce Graves and her life partner Denis Hovey, and Beverly Raine Rexford; his brother, Clifton Bushey Jr.; many nieces and nephews.

Condolences, photos and favorite memories may be shared through www.gossfs.com
To order memorial trees or send flowers to the family in memory of Raymond C. Bushey, please visit our flower store.