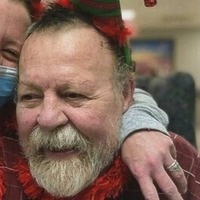 SWANTON – Real F. Beauregard, age 79, passed away peacefully on December 24, 2020 at the University of Vermont Medical Center in Burlington.

He was born in Acton Vale, Quebec on January 8, 1941 to the late Romaine & Aline (Deslandes) Beauregard.

Real lived in most of the East coast states; Florida, Virginia, and Georgia to name a few. He covered a lot of ground, being a truck driver for over 40 years. He moved back to Vermont in 2010 when his declining health forced him to retire. Retirement for Real meant that he had lots of extra time to spend at the Highgate Airport with his good friend, Armand Chevrier. Real flew as much as possible and had several planes during his years in flight and retired flying a yellow Cessna. He loved his dog, Bear who was a big, loveable Rottweiler. He also enjoyed his all-time favorite treats of Pepsi and Cheetos. Real’s family is at peace knowing he is now reunited with his parents, and other family and friends.

Real’s family will hold a Life Celebration at a later date.

For those who wish, contributions in Real’s memory may be made to the Alzheimer's Association, 300 Cornerstone Drive, Williston, VT 05495.

To order memorial trees or send flowers to the family in memory of Real F. Beauregard, please visit our flower store.