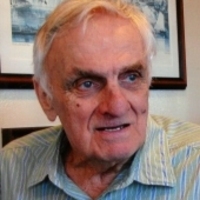 Real was married on May 2, 1964 to Marie Claire (Godin) Laroche (Mary) in Enosburg Falls, Vermont, who survives him. Real and Mary ran the farm together and had four sons, who also survive him. Michael (Julie Beyor) Laroche, Mark (Janet) Laroche, Stephen (Tami) Laroche, and Matthew (Jennifer) Laroche. Also surviving are grandchildren, Amanda and Casey Larose, Tyler and Elizabeth Laroche, Ryan and Emma Laroche and Jace and Jaelynn Colwell.

Real bought the family farm from his parents when he was 17 years old and operated the farm and worked at H.P. Hood in St. Albans for many years. In 1977 Real left Hoods and he and Mary bought school buses and had bus routes as well as working the farm. They continued to drive buses for 32 years and when they sold their bus routes, they opened Meme & Pepes Snackbar at the Highgate Arena which they ran for seven years.

For those who wish, contributions in Reals memory may be made to MAHA, P.O. Box 77, Highgate Center, VT 05459.

Condolences, photos and favorite memories may be shared through www.gossfs.com
To order memorial trees or send flowers to the family in memory of Real J. Laroche, please visit our flower store.