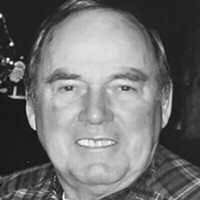 On a blustery Christmas Eve in 1935, Rudy was born to Sadie (Langlois) Prairie and Rene R Prairie in Alburgh, VT. After a long life, on the first full day of spring of 2021, Rudy’s soul returned to God’s heaven as he was surrounded by and holding hands with his wife and his four children.

Rudy attended St. Mary’s Academy, Mount Assumption Institute (Seton Catholic), and the University of Notre Dame where he graduated with a Bachelor of Science in Mechanical Engineering. He went on to serve in the armed forces in Fort Benning, Georgia in the U.S. Army where he received an honorable discharge before returning to Vermont. His career began working for The Bechtel Company at various Vermont missile bases where he was a site engineer. As an independent contractor, Rudy involved himself in forestry harvesting and management, land and shoreline development, and residential construction.

In 1962, Rudy married Louise Lariviere of Notre Dame de Stanbridge, Quebec, Canada. Louise supported and cared for him through the years with love and kindness going above and beyond! They settled in Alburgh, Vermont where together they raised four children. They went on to spend their lives with their children and grandchildren close by. With the birth of the next generation, Rudy and Louise became affectionately known as Mima and Papa. The most influential people in their world were their 11 grandchildren. Their grandchildren became the focus of their lives. Rudy mentored his grandchildren in the art and appreciation of hunting and fishing, attended numerous sporting events, and shared in their interest and activities.  Over the last 30 years, Papa spent a great deal of time with his grandchildren driving very slowly on his way to show them something he found fascinating or for a meal or to help with some project that Papa felt would be a learning experience. Sometimes the destination was unknown even to Papa but it would all make sense eventually; a slow drive was something to be appreciated.  He took great pride in his children and grandchildren and believed he had something to do with just how great each one is.

For Rudy, priorities were family, faith, and Notre Dame. Family trips included Notre Dame football games and spending time with lifelong friends. He had a great appreciation for nature admiring the land, water, and skies. He was a visionary in land use and development. He enjoyed reading with a special interest in people and history. As an outdoorsman, he loved hunting, fishing and sharing his love of the land. He shared his appreciation and experiences through deliberate storytelling.

A private mass will be held at St. Amadeus Catholic Church. Rudy’s family will hold his Life Celebration for friends and family this summer.

For those who wish, contributions in Rudy’s memory may be made to St. Amadeus Catholic Church, c/o Laura Limoge, P.O. Box 49, Alburgh, VT 05440.

To order memorial trees or send flowers to the family in memory of Rene "Rudy" Prairie, please visit our flower store.