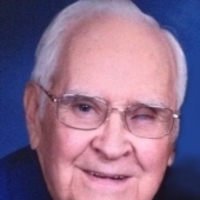 SHELDON SPRINGS - Richard L. Cantell, age 86, passed away Wednesday, February 28, 2018 at the UVM Medical Center in Burlington with his loving family at his side.

He was born in Sheldon on December 23, 1931 the son of the late, Nelson & Marjorie (Paquette) Cantell.

Richard was a lifelong resident of Sheldon. He was a U.S. Army Veteran of the Korean War. Richard retired from the Sheldon Pulp Mill after over 40 years of employment and was a member of St. Anthonys Catholic Church and the American Legion Post # 88 of Sheldon. Richard enjoyed spending time at camp on Fairfield Pond, hunting, fishing, gardening, boating and going for rides on the back roads.

Richard is survived by his 3 children, Cathy Longley and her partner Jack Medeiros, Kimberlee Spaulding and her husband Hubert all of Sheldon and Michael Cantell and his wife Victoria of Franklin; his grandchildren, Stacie Manchester and her partner Brad Bates, Pamela Callan and her husband Tom, Keith Spaulding and his friend Roxanne Metivier, Kevin Spaulding and his partner Kim Ploof, Michelle Ogle and her husband Jerry and Miles Trudell and his wife Dana; 15 great grandchildren; his brother-in-law and his wife, Jimmy & Greta Messier of Sheldon Springs; several nieces, nephews and cousins. Besides his parents, Richard was predeceased by his wife, Shirley (Messier) Cantell on January 17, 2016. Richard & Shirley were married February 14, 1953.

Funeral services will be held Saturday, March 3, 2018 at 1:00 PM at St. Anthonys Catholic Church, Mill Street, Sheldon Springs with Rev. Karl Hahr celebrating the Mass of Christian burial. There will be no visiting hours. Interment will take place later this spring in the St. Anthonys Cemetery in Sheldon Springs.

For those who wish, contributions in Richards memory may be made to St. Anthonys Catholic Church, C/O Rev. Karl Hahr, P.O. Box 563, Enosburg Falls, VT 05450.

Condolences, photos and favorite memories may be shared through www.gossfs.com
To order memorial trees or send flowers to the family in memory of Richard L. Cantell, please visit our flower store.