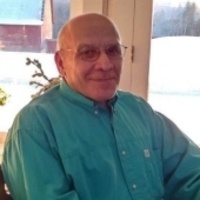 Richard grew up in Richford and graduated from Richford High School. He was a hardworking, caring, generous and loyal man. He spent decades working as a hired hand for Brouillette Farms, and 12 years dedicated to WestRock where he recently retired from. After retirement he continued with his respectable work ethic, working for Rene Fournier as a truck driver. When Richard wasnt working, he enjoyed attending car shows, tractor pulls, and visiting antique museums. It was no secret that Richard was a fan of Case tractors and Ford cars.

A celebration of Richards life will be held privately at the convenience of his family.

For those who wish, contributions in Richards memory may be made to St. John the Baptist Catholic Church, P.O. Box 563, Enosburg Falls, VT 05450.

Condolences, photos and favorite memories may be shared through www.gossfs.com
To order memorial trees or send flowers to the family in memory of Richard P. Chalifoux, please visit our flower store.