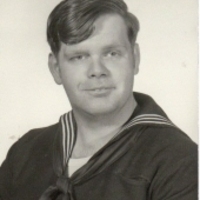 Dickie was born in St. Albans on October 6, 1948, son of Charles A. Cline and the late Betty (Reynolds) Cline. Dickie married his lifelong partner Sandra (St. Francis) Cline on October 12, 1968. They would have celebrated their 50-year wedding anniversary this year. They made their home in Alburgh in 1992.

Dickie was an avid outdoorsman. He spent lots of time gardening at his and Sandras home. Dickie was a life member of the National Rifle Association and was also a member of the Alburgh Rod and Gun Club. He enjoyed target practice while he wasnt in the woods during hunting seasons. Dickie was honorably discharged from the US Navy as a 3rd class Machinist.

Dickie was a hardworking and loving husband, father, brother, son and grandfather to many. Dickie was enjoying retirement, but before he retired he worked many years at Fonda Container, IBM And Loomis Fargo.

Dickie was predeceased by his mother, Betty (Reynolds) Cline.

The Cline family would like to thank the Alburgh Rescue for offering their help in Dickies time of need.

A celebration of Dickies life will be held Friday. January 12, 2018 at 1:30 PM at the Missisquoi Abenaki Tribal Council, 100 Grand Ave., Swanton.

For those who wish, contributions in Dickies memory may be made to The American Heart Association, American Cancer Association or The Wounded Warrior Project.

Condolences, photos and favorite memories may be shared through www.gossfs.com
To order memorial trees or send flowers to the family in memory of Richard A. Cline, please visit our flower store.