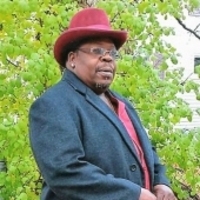 He was born on January 6, 1957 in Atlanta, Georgia, to the late Annie Louise Cooper.

Richard was a hard worker. He started working in the construction field when he was 15 years old and continued in that line of work until he joined Reithoffer shows in the late 80s. His work with them is what brought him to Vermont where he fell in love with our beautiful state and settled here, returning to construction work. Richard was a kind, caring and loving man who would do anything for anybody. He had a wonderful sense of humor and valued friends that touched his life. He had a special love for animals, especially his puppy, Rosie. In his free time, Richard could be found fishing, cooking the best southern comfort food, and spending time with his family who will miss him tremendously.

In August 2008, Richard met the love of his life, Tina (Young) Cooper and made her his wife on July 18, 2017. In addition to his wife, Richard leaves his stepsons; Patrick and his wife Kati, and their daughter Chloe, Alex, Benjamin, Bryan, Devyn; his five sons, Lamario, Richard Jr., Quentin, Brandon all of Atlanta, and Marcus and his mother Tahni of Swanton; three daughters, Diamond, Demesha and her husband Claude of Atlanta and Brianna of Moretown; sister, Julia Mae and her son Sylvester (Tony); seven grandchildren and several family members in Cleveland, Ohio and Vermont. Besides his mother, Richard was predeceased by his daughter, Terry and his son, Jermain as well as several aunts, uncles and cousins, including a very special uncle Oray Speer.

Richards family would like to thank the fabulous people at the McClure Miller Respite House for the wonderful care he received, and the kindness and understanding given to his family.

Following Richards wishes, there will be no calling hours. A graveside memorial service will take place in the spring at Riverside Cemetery, Swanton.

For those who wish, contributions in Richards memory may be made to the McClure Miller Respite House, 3113 Roosevelt Highway, Colchester, Vermont, 05446. www.UVMHomeHealth.org.

Condolences, photos and favorite memories may be shared through www.gossfs.com
To order memorial trees or send flowers to the family in memory of Richard F. Cooper, please visit our flower store.