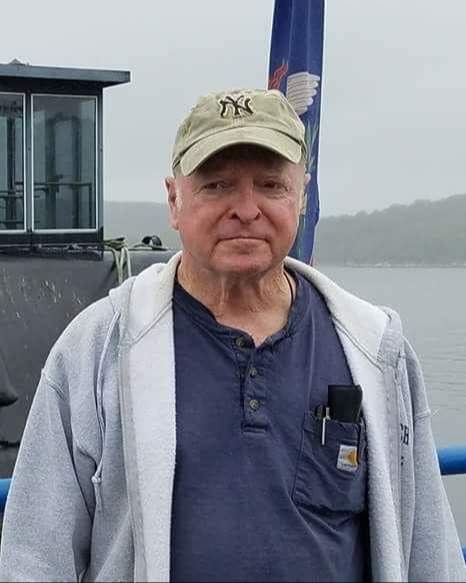 VERMONT/FLORIDA – Richard “Dick” L. Higgins, age 73, passed away suddenly on Thursday, September 1, 2022 with his loving wife by his side in Swanton.

Dick grew up in Turnbridge and graduated from South Royalton High School. He joined the United States Army at the young age of 17. Dick deployed to Vietnam and served two tours. Dick’s family recalled that he loved telling the story of when he was arrested in Ethiopia for taking a photograph of a camel. He later returned home to Barre and started his family, along with a career with the State of Vermont in what was then known as the Department of Social Welfare. Dick met Judy (MacGregor) and the two married in the Methodist Church in North Hero in 1983. Dick and Judy united two families and harmoniously raised their, “Yours, Mine and Ours” children together in Burlington. Dick coached T-Ball was a Cub Scout leader and was known to be the gentle jokester and the fun dad, who rode the rides with Andrew at Great Escape every year. The family recalls many fond memories camping together. Dick eventually retired from active duty from the United States Military, the Vermont National Guard in 1995. He and Judy were both able to retire together from the State of Vermont in 2008, and they began to travel the world together, visiting Germany, Yellowstone, the Grand Canyon, and riding Amtrak over the Rockies, to name a few. Dick was a diehard Dallas Cowboys, and a New York Yankees fan. He raised his family with the strong morals he lived by and spent a lot of time volunteering for his community, at the UVM Medical Center and drove for C.I.D.E.R. He was a proud member of the Free Masons, Order of the Eastern Star, and the U.S. military. Dick loved to be surrounded by family and friends, and was an avid reader. He’ll be remembered for loving his steak well done, hiding a stash of M&M’s and being the most loyal man to those he loved.

He is survived by his wife, Judy Higgins of Summerfield, FL and natively, Alburgh, VT; his children, Lisa Desilets and her husband Ernie of Milton, Kevin O’Neill and his wife Carol of Westchester, NY, and Andrew Higgins of Bamberg, Germany; grandchildren, Adam Desilets and his wife Jordan, Alissa Munson and her husband Sean, Shannon Desilets and her significant other Jordan Draper, Liam O’Neill, Mia O’Neill and Anthony Higgins; great grandchildren, Hunter, Nolan, Noah, Amelia, and Madilyn; his siblings, Leon “Jr.” Higgins and his wife Sandy, Virginia Ballou, George Metcalf and his wife Shirley Robbins, Deb Metcalf and her significant other Dick Colby, and Sheila Metcalf and her husband Francis Miller; and numerous nieces, nephews, cousins and friends. Besides his parents, Dick was predeceased by his stepfather, Charles Metcalf; and his brother-in-law, Harold Ballou.

Family and friends are invited to Dick’s Life Celebration events to include visitation on Thursday, September 8, 2022 from 11:00 AM - 12:00 PM, with a memorial service to follow at 12:00 PM at the Goss Life Celebration Home, 89 Grand Avenue, Swanton, VT. Please think of a story or memory to share about Dick during the memorial service. Interment with military honors will immediately follow in the Isle La Motte Memorial Garden, Lockerby Road, Isle La Motte, VT.

To order memorial trees or send flowers to the family in memory of Richard "Dick" L. Higgins, please visit our flower store.