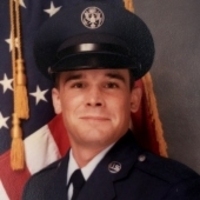 He is the son of Francis Sonny and Lois (Corse) Lumbra of Montgomery, VT. He was born on January 2, 1960. He started his young life on the Lumbra farm of beautiful Jersey cows on North Hill Road in Montgomery.

Richard grew up in Montgomery, attended the local Elementary schools, attended the United Methodist Church Sunday School, Jr. Choir and Youth Group and later graduated from Lamoille Union High School in 1978 in Hyde Park, VT. He loved history, chemistry and to read books like Call of the Wild, Old Yeller, and to watch westerns. He always had a dog by his side! He and his sister Veronica attended twelve years of schooling together and they were always close and shared many good times throughout the years. Richard also loved being a stone mason, hunting, fishing, carving soap stone, he was so artistic and he especially loved antiques, restoring old trunks, and oak furniture.

He married Arlene Uryga in 1980 and they made their home in Stafford Springs, CT. He resided there for many years operating their business called Middle River Antiques. His passion was antiques and they sold beautiful refinished pieces at fairs and he was an avid E-bayer!!

He went into the Air Force in 1982-1986. He was assigned to Chanute Air Force Base, IL after completing Air Force basic training. Then off to Lackland Air Force Base in Texas to study Air Force missions and receive special training in human relations. During his years of service he became a Sargent and earned many awards and medals for his term in the Air Force.

Richard was employed by Hamilton Standard from 1986 to 1999 as a manufacturers controller for their space program. He then moved to Massachusetts as an operations manager for the VA while enlisted in the program for his unfortunate afflictions.

Richard leaves behind his parents, Francis and Lois Lumbra, his two sisters, Veronica de Saint-Phalle and her husband Andre of Johnson and Penny Lumbra of Montgomery, two brothers, Dale of Haverhill, MA, and Frank and his wife Karen of Chester, NH, his son, Robert of Worcester, MA, and daughter, Alyssia and her husband Justin Grakowsky and their two sons, Logan and Wyatt of Stafford Springs, CT. There are several aunts and uncles, nieces, nephews and cousins.

Due to the present circumstances there will be no calling hours, a graveside committal will be held at a later date at the convenience of the family.

Donations in his memory can be made to the Animal Shelter of your choice or to the Montgomery United Methodist Church, P.O. Box 184, Montgomery, Vermont 05470.

Condolences, photos and favorite memories may be shared through www.gossfs.com
To order memorial trees or send flowers to the family in memory of Richard "Dicky" Lumbra, please visit our flower store.