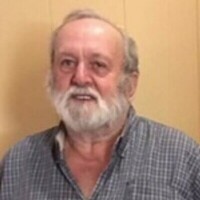 BERKSHIRE– Richard “Pepin” Desmarais, age 79, passed away unexpectedly on Wednesday, January 6, 2021 at his home in Richford.

Pepin grew up in Richford and graduated from Richford High School in 1959. On August 2, 1969 he married Jacquline “Jackie” Shover and the two built their home in 1974. Pepin owned and operated B & D Service Station for several years and continued to work as a mechanic throughout his life. One of his biggest passions in life was bowling which he shared with his entire family. He loved to travel, especially behind the wheel; he took countless trips to Nevada for bowling tournaments and gambling, and Pennsylvania for the Carlisle Car Show; he had visited every state except Alaska. Pepin was also an avid collector, especially of Ford Mustangs and loved to tinker. But what really brought joy to his life was his children and grandchildren, they were the light of his life. Pepin will be remembered for being a jokester and having a nickname for almost all of his family members, which they will forever cherish.

In keeping with Pepin’s wishes there will no services.

For those who wish, contributions in Pepin’s memory may be made to his family to help with funeral expenses, 447 Horse Shoe Road, Richford, VT 05476.

To order memorial trees or send flowers to the family in memory of Richard "Pepin" R. Desmarais, please visit our flower store.