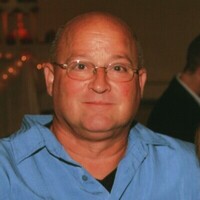 SWANTON – Richard “Dick” Rowden, age 71, passed away on Monday, August, 9, 2021 surrounded by his loving family at his home in Swanton.

He was born in Bennington on March 1, 1950 to the late Scott & Betty-Mae (Stewart) Rowden.

Dick grew up in the Northeast Kingdom and graduated from North Country Union High School in 1969. After high school he served in the U.S. Navy for a couple of years before beginning his illustrious career in law enforcement. Dick went to work for the Burlington Police Department on January 24, 1972. At that time the department had only a few cruisers, and most patrols were done on foot. He fondly remembered his time walking the neighborhoods; some residents would bring him coffee, some would open their doors so he could stay warm, and all of them were friends. While serving with the BPD, Dick attended Champlain College and earned his degree in law enforcement. Although Dick never truly retired from BPD, he left full-time employment on July 11, 1998 as a Corporal. He joined the BPD reserves on July 12, 1998 which he served in until his passing. Dick also served with the Chittenden County Sheriffs Department since 2000.

“Dicky Doo” as his camper friends called him, loved to have a good time. He was a practical joker, a proud member of the “Jello Shot Gang” and always the life of the party. Dick loved the outdoors, especially hunting and fishing, and spending time with his children, and grandchildren.

Dick is survived by his wife of 43 years, Linda (Latimer) Rowden of Swanton; their children, Kylee Rowden and her partner Brian Wellnitz of Essex Jct., and Richard Rowden II and his wife Jennifer of St. Albans; three grandchildren, Devin, Alyssa & Caleb; his sisters, Janet Howard and her partner Laurie of Hardwick, and Susan Fortin and her husband Gerald of Derby; sister-in-law, Sally Rowden of Brandon and several nieces & nephews. Dick was predeceased by his parents, Scott & Betty-Mae Rowden; and his brother, David Rowden.

Friends & family are invited to Dick’s Life Celebration to include visitation on Friday, August 13, 2021 from 5-8:00 PM and a funeral service on Saturday, August 14, 2021 at 11:00 AM both events will be held at The Goss Life Celebration Home, 89 Grand Ave., Swanton, VT. Interment will follow in Mt. Calvary Cemetery in St. Albans.

For those who wish, contributions in Dick’s memory may be made to Franklin County Home Health & Hospice, 3 Home Health Circle, St. Albans, VT 05478 or to the Lake Champlain Walleye Association, P.O. Box 487, Swanton, VT 05488.

To order memorial trees or send flowers to the family in memory of Richard "Dick" Rowden, please visit our flower store.