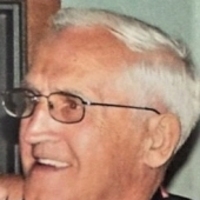 RICHFORD - Richard W. Ryea, age 82, passed away Friday, November 10, 2017 at the Northwestern Medical Center in St. Albans after a short battle with cancer.

He was born in Richford, Vermont on September 22, 1935 to the late Ira and Kathleen (Nutting) Ryea.

Richard enlisted in the U. S Navy and served abroad many air craft carriers. The U.S.S. Wasp and the U.S.S Tarawa were among them. While serving in the Navy, he traveled overseas and loved to talk about all the ships on which he served and all the places he visited. Richard was an avid fan of the Boston Red Sox and enjoyed Nascar. He loved country music and wherever he was - in the car, outdoors, or inside - the music was always playing. He loved to dance, read westerns and take his wife Donna on Sunday drives. He always looked forward to visiting his grandchildren and all the big holiday family dinners. He loved all his grand-dogs as he called them, but his daughters little miniature schnauzer, Smokey Joe, was his buddy. He used to go get him and keep him for a while because he would miss him so.

After his discharge from the Navy, Richard went to work for Sweat and Cummings Furniture. He worked there until the factory closed and then went to Richford High School where he worked maintenance until his retirement. He was a member of the American Legion for 27 years and served on their board. Richard was a master furniture maker who loved to work with wood and made many one-of-a-kind cradles, hope chests and picture frames, etc. for his family. He will always be remembered for his tremendous sense of humor and the love he had for his family and friends, of whom he had many.

In keeping with Richards wishes, he will be cremated and there will be no calling hours. A memorial service will be held at 11:00 AM on Saturday, November 18, 2017 at Spears Funeral Home, 96 Dickinson Ave., Enosburg. A private burial will be arranged at a later date in the Richford Center Cemetery.

Flowers are welcome and, for those who wish, contributions in Richards memory may be made to the Vermont Cancer Center, c/o The University of Vermont Foundation, 411 Main St., Burlington, VT 05401.

Condolences, photos and favorite memories may be shared through www.gossfs.com
To order memorial trees or send flowers to the family in memory of Richard W. Ryea, please visit our flower store.