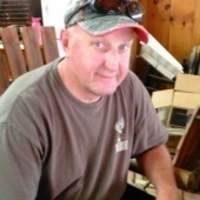 He was born on July 2, 1959 the son of the late Kenneth Rushlow and Shirley (Ouimette) Rushlow.

Ricky attended school in Swanton and was a graduate of MVU, Class of 1977. Ricky was employed by Vermont Precision Tools. He was an avid hunter..traveling to different states to tag a buck. He also enjoyed fishinghunting was his true passion. He played softball on the North Country Bait & Tackle league with his brother John, Justin joined the team at the age of 16. Ricky was a very private mannever the center of attention. Willing to help those that needed it without expecting anything in return. He loved to spend time with his family and with the grand dogs.

Ricky was predeceased by his parents, and his sister Penny Pike and his Aunt Anna Leroux.

Visitation will be held on Wednesday, October 17, 2018 from 6-8 PM at Kidder Memorial Home, 89 Grand Avenue, Swanton.

Interment will take place privately at St. Mary Cemetery at the convenience of the family.

For those who wish, contributions in Rickys memory can be made to Pelkey Archery, 275 Nason Street, Saint Albans, VT 05478.

Condolences, photos and favorite memories may be shared through www.gossfs.com
To order memorial trees or send flowers to the family in memory of Ricky A. Rushlow, please visit our flower store.