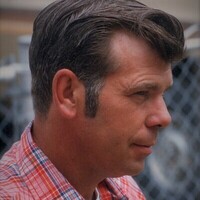 He was born in Enosburg Falls on December 22, 1949, to the late Robert William Sr. and Velma Irene (LaFrance) Billado.

Robert grew up in Enosburg and attended Enosburg Falls High School. He went on the work for S. T. Griswold Fencing and Co., F. E. Hart Fence, and then started his own fencing company— B & M Fence. He was a gifted tradesman and a true Jack-of-All-Trades; he knew how to fix or build just about anything and was willing to share his talent with family and neighbors when they needed a hand. When he wasn’t working on a project, you could most certainly find him either hunting or headed out to go fishing with his grandchildren. He enjoyed family BBQs, camping, and going for rides with his furry companions. Robert was a proud member of the Abenaki Nation. His children and especially grandchildren were the pride of his life and he looked forward to spending time with them. Robert was also gifted with the ability to speak his mind, he was a straight shooter, stern, and generous to a fault.

He is survived by his daughter, Sonya Bourne and her husband TJ McDermott of Northfield; his son, Robert Billado and his wife Tamar of Duxbury; mother to his children, Raya McCuen of Graniteville; cherished grandchildren, Kelsea Bourne, Courtney Guyette and her husband Brandon, Desireé Thayer, Ricky Bourne, Cody Billado, and Conner Billado; great granddaughter, Denver Marie Lambert; siblings, Carolyn Cooper and her husband John of Enosburg, Connie Barton and her husband William of Goldsboro, NC, Susan Rice of Cedartown, Georgia, Ruthann Cooper and her husband Frederick of Franklin, Doreen Corey and her husband Ernest of Franklin, Jeffery Billado Sr. of Richford, and Tammy LaPan and her husband Todd of Richford; brothers-in-law, Arnold Lagrow of Franklin, James Gendron of Montgomery, and Raymond McCuen of Graniteville; special nieces, Angela Cooper, and Kerri Fourtin; and many nieces and nephews; his ex-wife, Theresa Stevens; and his beloved co-pilot and four-legged companion Misty. He was predeceased by his parents Robert Sr. and Velma Billado; sisters, Diana Lagrow and Joyce Howard; brother, Ricky Billado; nephew, John Cooper Jr.; and two loyal German Shepherds, Shelby, and Shelba.

A graveside service will be held on Saturday, June 18th, 2022, at 10:00AM at the Missisquoi Cemetery, Missisquoi Street, Enosburg Falls, VT.

To order memorial trees or send flowers to the family in memory of Robert W. Billado Jr., please visit our flower store.