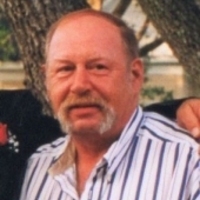 Robert grew up in Sutton, QC and moved to Franklin in his teenage years where he graduated from Franklin High School. He then went on to work at Griswold, Jay Peak, Blue Seal Feeds, and drove truck for McDermotts. In Roberts younger years he enjoyed skiing, hunting, riding motorcycles and snowmobiles, and anything Ford. He was a huge fan of watching NASCAR and attending races at Loudon. Robert also liked cheering on his favorite Boston teams, the Red Sox and New England Patriots. Throughout his life you could find him on weekends camping with his sons, or at Brookside Campground where he spent many summers. Robert was affectionately known as and will be remembered as, Uncle Grump .

He is survived by his sons, Scott Blaney of IN and, Adam Blaney and his wife Amanda of Berkshire; grandchildren, Courtney Blaney, Mitchell Blaney and his fianc Michelle Abentroth all of St. Albans, Carissa Blaney, and Cyrus Blaney both of Berkshire; great granddaughters, Addison Reagen, and Sophia Blaney; his significant other for over 25 years, Joanne Getty of Sheldon; brothers, Randy Blaney and his wife Mary of St. Albans, and John Blaney and his significant other Deb Stevens of Berkshire; sister, Elizabeth Brown and her husband Ken of Richford; sister-in-law, Jean Blaney of College Station, TX; several nieces, nephews, and cousins from the US and Canada; and many friends at Brookside who had become a second family to him throughout the years. Besides his parents, Robert was predeceased by two brothers, Billy and Richard Blaney.

Due to the current circumstances, services will be held at a later date at the convenience of Roberts family.

For those who wish, contributions in Roberts memory may be made to The University of Vermont Cancer Center, The Courtyard at Given, 4th Floor North, Burlington, VT 05405.

Condolences, photos and favorite memories may be shared through www.gossfs.com
To order memorial trees or send flowers to the family in memory of Robert J. Blaney, please visit our flower store.