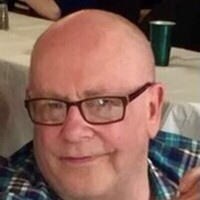 Bob was raised in St. Albans, graduated from BFA in 1961 and then attended barber school in Springfield, VT. He owned and operated his own barber shop in Winooski, Vermont and later moved on to a management position with American Finance Company, allowing him to move throughout New England prior to returning back to his home state of Vermont. He and his family then settled in St. Albans. Bob was employed by Northwestern State Correctional Center retiring in 2005. After retiring he moved to Yuma, Arizona. He liked to remind you that it was the sunniest city in the United States. Bob loved tinkering with cars in his free time and had a love for convertibles and unique gadgets. He also appreciated a good drink and having a good time. Due to failing health, he moved back to Vermont in the Fall of 2021.

He is survived by his children, Dawn Paradis and her husband Albert of Enosburg Falls; Rob Coburn and his fiancée Erica Finnegan of St. Albans; grandchildren, Jake Tatro, Brandon Coburn, Addison and McKinley Finnegan; and a brother, John “Ranny” Coburn and his wife Mary Ann of Colchester. Besides his parents, Bob was predeceased by his life partner, Gary Welcome in 2011.

In respecting Bob’s wishes, his family is holding a private Life Celebration.

Bob’s family would like to thank Brownway Residence, Bayada Hospice Care, and Jonathan Speer for the wonderful care he received.

To order memorial trees or send flowers to the family in memory of Robert "Bob" F. Coburn, please visit our flower store.