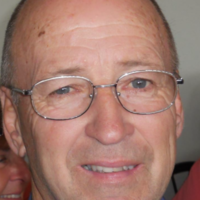 HIGHGATE – Robert “Bob” E. Lamarche, age 73, passed away peacefully on August 27, 2021 with his loving family by his side at Northwestern Medical Center in St. Albans, after a long and courageous battle.

He was born in Ste. Christine, Quebec on April 9, 1948 to Aurore (Gevry) Lamarche and the late Marcel Lamarche.

He is survived by his wife, Rita (Noel) Lamarche of Highgate; his children, Robert C. Lamarche and his husband Don Tsang of Florida and their children Kasey, Sharla and Zyler, Christopher G. Feeley and his wife Marka of Swanton and their son Avery and Michelle Theberge and her husband J.P. of Sheldon and their children Cayden, Colbey and Drew; his brother, Yvon Lamarche and his wife Natalie of Washington; his sister, Nicole Lamarche of Richford; best friend and brother-in-law, Artie Davis and his wife Diane of Franklin; sister in law Theresa Newton of Swanton, Brother in law and sister in law, Roger and Bonnie Noel of Highgate, Brother in law and sister in law, Ronnie and Judy Noel of Milton, and Brother in law and sister in law, Paul and Barb Noel of Highgate and numerous nieces, nephews, cousins and special friends. Besides his father, Bob was predeceased by his brother, Bernard Lamarche.

Bob had many great qualities, all that he would’ve been too humble to admit. He grew up on a farm, and his love for farming stayed with him his entire life. He never missed a chance to help the boys out with chores or field work, which came full circle because he loved his grandson Cayden Theberge’s beefsteaks! Bob had the ability to make any chore into something fun, probably because he was fascinated by anything mechanical or that had speed, from 4 wheelers to tractor trailers. Rita nicknamed him “Just a Minute Bob” because no matter what, he would drop anything to lend a helping hand. His intense pride in his children and grandchildren was shown by his involvement in all things they did, especially sports. His family will always recall stories of how funny he was without even trying! When Bob wasn’t farming, driving truck, or lending a helping hand, he could be found with Rita in the passenger seat driving around “The Horn”, taking long Sunday rides trying to get “lost” somewhere in Northern Vermont, feeding his birds, or at the Casino playing slot machines especially “The Wolves”!

Bob’s family is respecting his wishes and holding a private Life Celebration.

For those who wish, contributions in Bob’s memory may be made to the American Kidney Fund, www.kidneyfund.org.

To order memorial trees or send flowers to the family in memory of Robert "Bob" E. Lamarche, please visit our flower store.