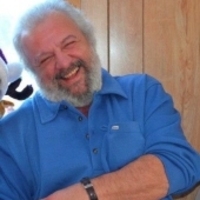 ENOSBURG FALLS - Robert C. Dudley Jr., age 58, passed away peacefully after a long and courageous battle with cancer, on Thursday, March 7, 2019 at the University of Vermont Medical Center in Burlington.

Bob grew up in Bakersfield and graduated from Enosburg Falls High School in1980. In his younger years Bobs passion was for amateur boxing in the Golden Gloves of Vermont. He married Sue (Shortsleeve) Dudley on June 17, 1995. After graduation Bob worked for many years as a custodian at the Brigham Academy and at Bakersfield Elementary School. He became the owner and operated Paulines Quick Stop in Sheldon for 17 years, where you would be greeted with just another day in paradise, or Livin the dream. Bob loved spending time outside hunting, fishing, and cooking his famous fried turkeys while camping. He also enjoyed watching football games, going to NASCAR races, and spending time with family.

He is survived by his wife Sue Dudley of Enosburg Falls; his children, Robert Dudley III and his wife Christine of Johnson, Donny Clark Jr. and his fianc Caitlin of Bakersfield, Crystal Billado and her husband John of Sheldon, Adam Dudley of St. Albans, Kenneth Dudley of St. Albans, and Katrina Flower and her husband Tobias of Enosburg Falls; his grandchildren, Nakisha Dudley, Ayden Clark, Lilith Dudley, Ava Billado, Rowan Clark, Alayna Billado, and Grayson Flower; his parents, Robert Sr. and Joyce Dudley of Bakersfield; his mother-in-law, Mary Shortsleeve of Burlington; his siblings, Lorinda Dudley of Sheldon, Timothy Dudley Sr. of Bakersfield, Steven Dudley of Highgate, and Jeff Dudley and his wife Kim of South Carolina; and several nieces and nephews. Bob was predeceased by his son, Billy Allen Dudley; his maternal grandparents Kenneth and Dorothea Hayes; his paternal grandparents, Percy and Ethel Archambault; and his father-in-law, Raymond Shortsleeve Sr.

A funeral service will be held Tuesday, March 12, 2019 at 5:00 PM at Spears Funeral Home, 96 Dickenson Ave., Enosburg Falls. Interment will take place at the convenience of the family in the East Highgate Cemetery.

Visitation will be held on Tuesday at Spears Funeral Home from 3:00 PM until the hour of the service.

For those who wish, contributions in Bobs memory may be made to the American Cancer Society - Northern New England Region, 55 Day Lane, Williston, VT 05495.

Condolences, photos and favorite memories may be shared through www.gossfs.com
To order memorial trees or send flowers to the family in memory of Robert C. Dudley Jr., please visit our flower store.