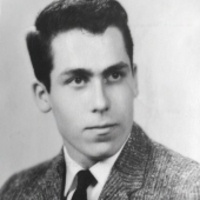 ALBURG - Robert A. Gaudette, age 75, passed away on Sunday, March 31, 2019 surrounded by his family at the McClure Respite House in Colchester.

He was born in St. Albans on March 26, 1944 to the late Eulice and Katherine (Barnette) Gaudette.

Bob Bones grew up in St. Albans Bay and graduated from BFA, St. Albans in 1962. He served a tour of duty in Vietnam while in the US Marine Corps. He had a dairy farm in Alburg for 20+ years and worked construction. During his retirement years he enjoyed being a snowbird spending winters in Myrtle Beach, SC. He loved spending time outdoors. Bob spent his time watching the Giants and Yankees and most of all, being Grampy to his 13 grandchildren.

Visitation will be held on Thursday at Kidder Memorial Home from 4:00 PM until the hour of the service.

Interment with full Military Honors will be held at the VT Veterans Memorial Cemetery in Randolph, VT.

Condolences, photos and favorite memories may be shared through www.gossfs.com
To order memorial trees or send flowers to the family in memory of Robert A. Gaudette, please visit our flower store.