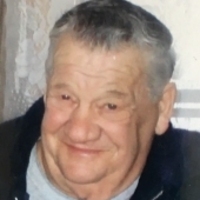 Robert was a life-long resident of the area. He was a veteran of the Korean War and a member of the American Legion Post #1 in St. Albans and the VFW in Swanton. He married Betty (Silk) in 1952. He was also a member of the Church of Nativity in Swanton. Roberts favorite hobbies included doing yard work around the house and refinishing old furniture. His great sense of humor will be missed by all who knew him.

He is survived by his wife of 65 years, Betty Ives of Swanton; their children, Robert B. Ives of Alburgh, Deborah Roberts and her husband Wendell of Highgate, and Brenda Sheets and her husband John of Swanton; 10 grandchildren, 13 great grandchildren with 1 more on the way, and 3 great great grandchildren; his brother, Charles Ives Jr. and his wife Sylvia of St. Albans; his sister, Carol Brow of Swanton and several nieces & nephews. Besides his parents, Robert was predeceased by his sisters, Patricia Goelling and Geraldine Young; brothers, Harold and Rudolph Ives; brother-in-law, Wayne Brow, and his sons significant other, Terry.

Roberts family would like to thank the staff from the Northwestern Medical Center for the excellent care he received from them.

In keeping with Roberts wishes, there will be no public services at this time.

For those who wish, contributions in Roberts memory may be made to the University of Vermont Cancer Center, The Courtyard at Given, 4th Floor North, Burlington, VT 05405.

Condolences, photos and favorite memories may be shared through www.gossfs.com
To order memorial trees or send flowers to the family in memory of Robert C. Ives, please visit our flower store.