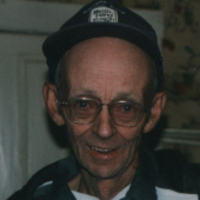 He was born August 29, 1927 in Fairfield, VT the son of the late Archie & Edith (George) Malone.
Robert was a resident of East Bakersfield most of his life where he owned and operated a Jersey dairy farm since 1955. He enjoyed working the land, cutting wood, tinkering on old farm tractors, hunting, fishing and picking berries. Robert moved to the Brownway residence in 2011 and sold his farm in 2012.

He is survived by his nieces and nephews, Barney Malone Jr. of East Enosburg, Joyce Royea and her husband Gerald of East Enosburgh, Janice Elwood of Berkshire, and Arnold Malone of East Bakersfield,; many great nieces, nephews, good neighbors and friends. Besides his parents, Robert was predeceased by his siblings, Barney, Richard, Ida, Margaret & Edward Malone.

A graveside service will be held Thursday, November 30, 2017 at 11:00 AM at the Missisquoi Cemetery, Missisquoi Street, Enosburg Falls. There will be no visiting hours.

For those who wish, contributions in Roberts memory may be made to Franklin County Animal Rescue, 30 Sunset Meadows, St. Albans, VT 05478.
To order memorial trees or send flowers to the family in memory of Robert A. Malone, please visit our flower store.