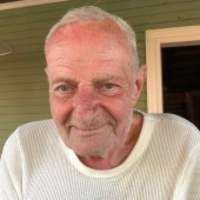 He was born in Bellows Falls on October 15, 1937, the son of the late Edwin and Leona (Rockholtz) Miner.

Education played a big role in Roberts life. After serving in the U.S. Army, he obtained his Bachelors Degree from the University of Denver and worked towards his Masters Degree from SUNY Albany. On March 5, 1960 he married Ariel (Emerson). Robert moved to Vermont in 1966 to raise his family on their homestead and he was a Professor at Vermont Technical College in Randolph. He retired in 1993, and he was very proud to be an integral part of starting VTCs Blair Park campus. He will be remembered as a self-sufficient man, and an excellent craftsman, stone mason, and musician.

He is survived by his sons, Michael Miner and his significant other Merradee Lyons of Randolph Center and Matthew Miner and his wife Cynthia of Enosburg Falls; his grandchildren, Kiersten and Taylor Miner; and his sister, Jean White of Cohasset, MA. Besides his parents, Edwin and Leona, Robert was predeceased by his wife, Ariel.

A celebration of life will be held this summer at the convenience of the family.

In lieu of flowers, contributions in Roberts memory may be made to the Braille Institute, 741 North Vermont Avenue, Los Angeles, CA 90029-3594.

Condolences, photos and favorite memories may be shared through www.gossfs.com
To order memorial trees or send flowers to the family in memory of Robert E. Miner, please visit our flower store.