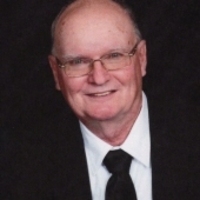 SWANTON - Robert A. Perras, age 75, passed away on Wednesday, June 5, 2019 at the Northwestern Medical Center in St. Albans.

At the age of fourteen, Robert was taken in by a special aunt and uncle, Arthur & Geraldine Breiner. Their children, Tom, Susan, Zoe and Chuck became siblings to Robert. He graduated from Burlington High School in 1963. After graduation he served in the Unites States Navy. He married the love of his life, Joan (Dupont) on March 30, 1964. Robert was the happiest, and most generous man who was determined and could fix anything. He was always there for his grandchildren and anyone else that needed a helping hand. Roberts hobbies included bowling, playing video games and traveling to Myrtle Beach with Joan. He worked as a Computer Operator Specialist at IBM for many years and took pride in being tech savvy. Those that knew Robert will miss his special and unique personality dearly.

A Mass of Christian Burial will be held on Friday, June 14, 2019 at 11:00 AM at Church of the Nativity, Canada Street, Swanton. Interment will take place in the Vermont Veterans Memorial Cemetery at the familys convenience.

For those who wish, contributions in Roberts memory can be made to the Swanton Community Food Shelf - Nativity Parish Center, 65 Canada Street, Swanton, VT 05488.

Condolences, photos and favorite memories may be shared through www.gossfs.com
To order memorial trees or send flowers to the family in memory of Robert A. Perras, please visit our flower store.