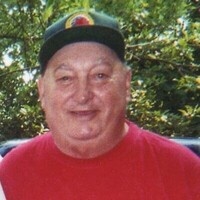 He was born in Colchester on March 30, 1941 to the late Robert Sr. & Florence (Greenwood) Pudvah.

Robert lived in the Franklin County area for the past several years. He raised six children as a single father and took pride in the love and care he offered each of them. Robert worked for many local farmers, he enjoyed every chore having to do with farming and had incredible love and respect for the animals. When Robert wasn’t working, he had a few favorite events that he would look forward to attending. One was dancing at Warner's Dance Hall in Lowell, Vermont. He would dance until he couldn’t dance anymore! He also was a huge fan of country music, especially Johnny Cash. Robert enjoyed attending the Enosburg Dairy Festival to listen to the country music they play from the bandstand, and the Orleans County Fair to watch the “Smash Up Derby.”

For those who wish, contributions in Robert’s memory may be made to Goss-Spears Life Celebration Home, P.O. Box 396, Enosburg Falls, VT 05450 to help with funeral expenses.

To order memorial trees or send flowers to the family in memory of Robert J. Pudvah Jr., please visit our flower store.