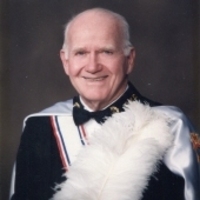 ST. ALBANS - Robert Joseph Traynor, age 93, passed away at his home on Wednesday, November 29, 2017 with his loving wife at his side.

He was born April 29, 1924 in Summit, New Jersey the son of the late, Robert Michael & Elizabeth (Casey) Traynor.

Robert grew up in Summit, NJ and was a 1942 graduate of Summit High School. Following high school Robert enlisted in the U.S. Army serving in the 10th Mountain Division during WWII with tours in Colorado, Texas & Italy. He received the Bronze Star and the Purple Heart. Following his honorable discharge from the service he worked for various Plumbing & Heating contractors including Honeywell Regulator Company for 15 years. In 1966 he moved to Whitingham, VT and opened his own plumbing & heating business. From 1978 to 1991 her worked as the Vermont State Plumbing Inspector.

He belonged to several organizations including, Plumbers, Steamfitters & Pipefitters Local #309 (Serving as President) in Summit, NJ; Past President of the New England Chapter of the 10th Mountain Division Association; Past Faithful Navigator of the Charles Jasman Assembly of the Knights of Columbus in Barre, VT; and was a member of the Men of St. Joseph of Saint Monicas Catholic Church in Barre, VT.

He is survived by his wife of 31 years, Eleonore (Klopfer) Traynor of St. Albans Robert & Eleonore were married March 15, 1986. He is also survived by his sons, Robert Traynor and his wife Doremy of Tucson, AZ and Michael Traynor of Colchester, VT; his daughters, Mary Ann Gates and her husband Marvin of Taylorsville, IN, and Rosie Traynor of Concord, NH; his step-son, William Pelkey of Westford; his step-daughters, Lorinda Michaud and her husband Richard of Milton, and Heidi Malarchik and her husband Jack of Germany; 2 grandchildren; 11 step-grandchildren; 21 step great grandchildren; his brother, Richard Traynor and his wife Pat of ME; his sisters, Mary Lanzara of NJ, Elizabeth Bayard of FL, Eileen Grimm of NJ, Ann Traynor of FL and Kathleen Grimm of NJ. Besides his parents, Robert was predeceased by his first wife, Ann Margaret (Walsh) Traynor on May 15, 1983; a step-grandson, Nicholas Malarchik; and a brother Jack Traynor.

Roberts family would like to thank the Staff at Homestead for their care and kindness.

A Mass of Christian burial will be held Thursday, June 7, 2018 at 11:00 AM at St. Monicas Catholic Church, 79 Summer Street, Barre, VT. Interment will follow in the Vermont Veterans Cemetery, 487 Furnace Road, Randolph Center, VT. There will be no visiting hours.

For those who wish, contributions in Roberts memory may be made to Discalced Carmelite Nuns of Lowell, C/O Sister Diane, OCD, 386 Stephenson Road, Lowell, VT 05847.

Condolences, photos and favorite memories may be shared through www.gossfs.com
To order memorial trees or send flowers to the family in memory of Robert J. Traynor, please visit our flower store.