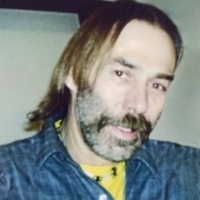 RICHFORD - Robert W. Britch Sr. passed away unexpectedly on June 7, 2020 at his home in Richford.

He was born in Winchester, CT on December 24, 1953 the son of the late Clifton Britch and Autumn Rose Woods.

Robert grew up in Bakersfield and worked for over 25 years at Superior Technical Ceramics. He was always a dedicated worker and did what ever he could to provide for his family. He enjoyed hunting, fishing, gardening, selling vegetables at farmers markets, but most of all spending time with his family, especially his grandchildren. He will be remembered for his laid back, happy personality.

A celebration of life will be held at the convenience of Roberts family at a later date.

Condolences, photos and favorite memories may be shared through www.gossfs.com
To order memorial trees or send flowers to the family in memory of Robert W. Britch Sr., please visit our flower store.