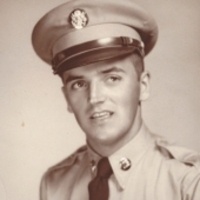 WEST BERKSHIRE - Roger J. Brosseau, age 86, passed away on Thursday, June 20, 2019 at the University of Vermont Medical Center in Burlington.

He was born in Johnson on November 13, 1932, the son of the late Felix and Ida (Clouthier) Brosseau.

Roger grew up in Johnson, attended Johnson Elementary school and at the age of 16 enrolled at Vermont Technical College. He graduated in 1953 with an associates degree in agriculture. He was drafted into the Army in 1954 and served for 2 years. Roger married the love of his life, Simonne (Coupal) Brosseau on January 17, 1957 and the two raised their family in West Berkshire, where they owned and operated a dairy farm. In his early years, Roger was an avid skier and competed on a ski team with skis he had built himself. He also served as a Selectman for the town of Berkshire. One of Rogers greatest joys in life was spending time with his family. He looked forward to attending his grandchildrens events, going out to eat, and making trips to Canada. Roger will be remembered for his friendly, outgoing personality and his hard work ethic.

He is survived by his loving wife of 62 years, Simonne (Coupal) Brosseau of West Berkshire; children, Gerald Brosseau of Essex Junction, and Patricia Woods and her husband John of West Berkshire; grandchildren, Jesse Woods and Holly of Enosburg, and Ashley Woods and her fianc Cody Paradis of West Berkshire; great-grandson, Jackson Woods of Enosburg; brother-in-law, Real Frenchie Coupal; sister-in-law, Patricia Brosseau; and many nieces and nephews. Besides his parents, Roger was predeceased by his siblings, Jeffry Brosseau and his wife Cora, Orville Brosseau and his wife Katherine, Gerald Brosseau, Ella Symons and her husband Miles, Omer Brosseau, and Flora Chicoine.

Rogers family would like to extend a special thank you to Vicki & Greg Matthews for all of their help, and Franklin County Rehab Center for the excellent care that Roger received.

For those who wish, contributions in Rogers memory may be made to the 4H Dairy Scholarship Program, UVM Extension C/O Martha Manning, 278 South Main Street, St. Albans, Vermont 05478.

Condolences, photos and favorite memories may be shared through www.gossfs.com
To order memorial trees or send flowers to the family in memory of Roger J. Brosseau, please visit our flower store.