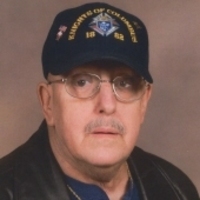 He was born in St. Albans on December 22, 1946 to the late Richard & Shirley (Longley) Brouillette.

Roger attended Richford High School and then entered the U.S. Army. He served in Vietnam, and following his honorable discharge, he served in the National Guard for several years. Roger was employed at the Best Western Ocean Front in Virginia Beach as their Chief Engineer for 10 years. He was also a licensed plumber and worked for Sam Bryant in Norfolk, VA for 16 years. Roger retired in 2013 as a Supervisor for Breebing Real Estate, he was in charge of 36 properties. He enjoyed deep sea fishing, cook outs, and playing frisbee golf. Roger was a faithful, kind, and generous man. As a member of St. Peter\u0027s Catholic Church in Vergennes, Roger was very active in the Knights of Columbus and received the "Patriotic" Fourth Degree. In 2015, he was awarded "Vermont Outstanding Knight of the Year ", because of his remarkable service to Church and Community.

For those who wish, contributions in Rogers memory may be made to Vergennes Area Rescue Squad, P.O. Box 11, Vergennes, VT 05491.

Condolences, photos and favorite memories may be shared through www.gossfs.com
To order memorial trees or send flowers to the family in memory of Roger L. Brouillette, please visit our flower store.