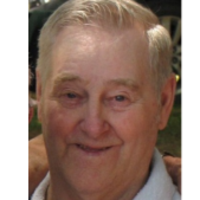 Roger was born and grew up on the family farm in Berkshire with his many siblings. After graduating from Enosburg Falls High School, he joined the Air Force. He enjoyed telling tales of his Air Force days. When he returned home, he purchased a farm next door to the family farm. In October 1960, he married the love of his life, Dorcas. In later years, they added his old family farm and more adjoining land. He worked the farm with his wife and son until his retirement. After his retirement, he enjoyed doing jigsaw puzzles, watching Westerns, playing Solitaire, and Rummy with his well-worn cards. He would take rides on his four-wheeler to keep his eye on what the boss and his son were doing. He was also a member of the American Legion in Richford. Roger wasnt a visitor, but he enjoyed being visited. His grandchildren and great-grandchildren brought him much happiness and never failed to bring a twinkle to his eye or a smile to his face.

In respecting his wishes, there will be no services. The family will have a private celebration of his life.

For those who wish, contributions in Rogers memory may be made to the Franklin County Home Health Agency, 3 Home Health Circle, St. Albans, VT 05478. The family wishes to thank the nurses for their care over the last few months.

Condolences, photos and favorite memories may be shared through www.gossfs.com
To order memorial trees or send flowers to the family in memory of Roger P. Larose, please visit our flower store.