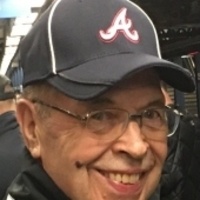 In 1960, Roger was drafted into the US Army. During his 2 years of active duty he served overseas in Okinawa, Japan. He then served 2 years in the Army National Guard and was honorably discharged. Since the time he was discharged, he has been a member of the Enosburg American Legion Post 42 Family.

Roger was a very hard-working man, beginning his career as a meat cutter at Fruitland IGA. He then took a job at Grand Union and was promoted to Manager of the Meat Department. From 1981 to 1998, he was able to fulfill his dream of owning his own business and purchased the same Fruitland IGA, where he worked as owner and meat cutter. He was also Village Trustee during this time.

After retiring, Roger kept active by attending his grandchildrens sporting events, working part time at the Meat Lockers and volunteering for Meals on Wheels and at the Enosburg Food Shelf. He truly enjoyed the relationships he fostered while volunteering at the Food Shelf.

Roger had many hobbies over the years including gardening, camping, softball, golf, bowling, and playing horseshoes. He really loved card games, especially cribbage and 500.

Most importantly, Roger treasured the time he spent with his loving wife and family. He was much loved and will be greatly missed.

Condolences, photos and favorite memories may be shared through www.gossfs.com
To order memorial trees or send flowers to the family in memory of Roger Y. Parent, please visit our flower store.